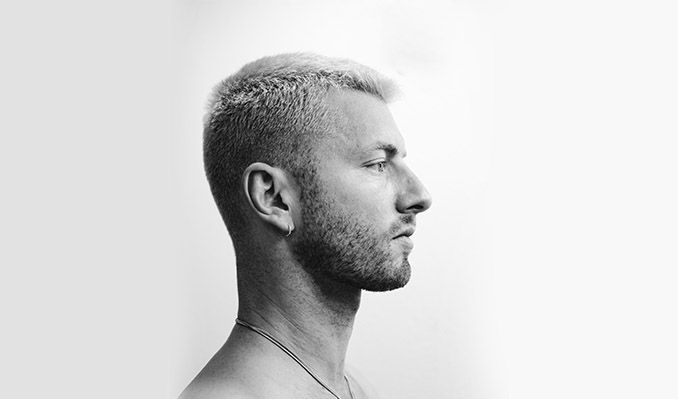 Walking 450 miles down the California coast to clear your thoughts and film a music video might sound a bit insane, but that’s the length singer-songwriter Marc E. Bassy goes to for his art. A true creative, Marc cites making music as necessary to his health and well-being as food, shelter, or sex. Marc's knack for penning honest, catchy, and heartfelt tunes has served him well for the past several years. The San Francisco-born and Los Angeles-based artist has made quite a name for himself, composing hits for the likes of Wiz Khalifa, 2 Chainz, Chris Brown, Allen Stone, and pop princess PIA MIA, founding the chart-topping pop group 2AM Club, and releasing an independent EP, Only the Poets, which was acclaimed by Billboard, Complex, and SPIN in 2014. However, it was in early 2015 when Marc truly honed his sound while working on music as a form of therapy while crashing at a friend’s pad in downtrodden East Hollywood.

Having recently broken up with a long-term girlfriend and with his band of 10 years, Marc found the strength and inspiration to cope by going through a period of self-medicating and non-stop partying, followed by binge-reading his favorite authors Charles Bukowski and Henry Miller (with whom he felt a special connection, because they too, had experienced the lowest of lows while staying in East Hollywood). Feeding this need to create, Marc got down to songwriting again, but this time with a renewed vigor to zero in on his personal sound. “I had been writing songs for other people for so long that I got a lot of practice,” he says. “Once I started focusing on my own music again, I finally realized how to combine that element of making something stick with my own voice. This style of music was what I’d always been chasing.”

The product of his creative revelation, East Hollywood, crystallized Marc’s approach. Co-produced with Count Bassy, the five-song set cumulatively amassed 1 million Soundcloud plays-and-counting over the course of the summer and caught the attention of The Roots drummer, Questlove, who personally requested that Marc perform at his annual Roots Picnic outdoor festival. Friend and recent collaborator Kehlani followed suit when she asked Marc to open for her West Coast tour. Republic Records took notice, quickly inking a deal with Marc to give East Hollywood a proper commercial release on December 18th, 2015.

Featured on the EP, Marc teamed up with Ty Dolla $ign to write and produce “That’s Love” – a melancholy song written about vulnerability, trust, and unconditional love that combines boozy, bass-heavy production with brutal honesty and sexy storytelling. Originally written as a song for Ty to use, Marc ultimately kept it for himself at Ty’s urging. True to Marc’s form, the song possesses two elements of his signature style – the subject matter embraces the good, along with the bad and ugly, while the lyrics are autobiographical yet relatable. Marc explains, "That song is about young love. There’s no better feeling when you and your significant other are going crazy, yelling, and fighting just because you fucking love each other so much.”

Fresh off the ‘When It’s Dark Out’ tour with G-Eazy and A$AP Ferg, Marc is only picking up steam. Writing his best, most authentic music to date while hitting his stride on stage, Marc approaches the journey ahead with true artistic perspective. He’s letting the feelings evoked from his realest, most personal experiences drive his music – He holds nothing back. Once, Marc even admitted that he loves having his heart broken. Why? “It makes you pick yourself off the floor and do better,” he says. “I’m not afraid to be myself on a record and use the voice I’ve got. I want to share something honest with them and hope they become inspired to be themselves. I want people to feel.”

More InfoOfficial WebsiteFacebookYouTubeTwitter
*Service and handling fees are added to the price of each ticket.