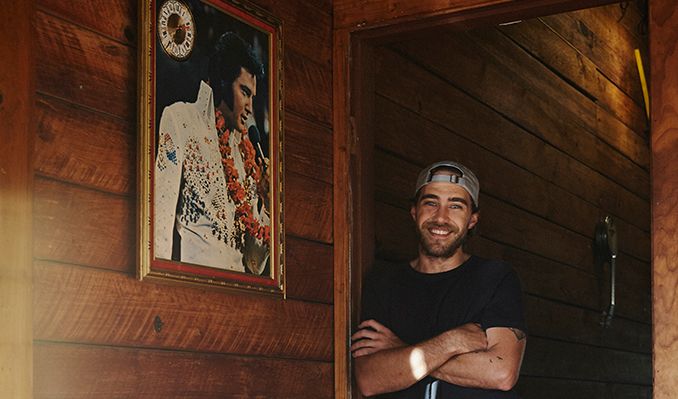 If anyone deserves to break the shackles and enjoy the moment, it’s multi-platinum-selling Australian musician Matt Corby. Corby has been pushing his own boundaries, embracing self-discovery that’s seen him wrestle a few pre-conceptions and stare down his share of demons. Now, with two ARIA Song of the Year awards on the shelf, and a #1 debut album, Telluric, behind him, Corby can genuinely lay claim to some hard-earned perspective.

None of which is to suggest Corby’s new album, Rainbow Valley, isn’t clever or prone to making people feel good. It is both, and then some. Written and recorded in period that also saw the birth of his first child, Corby’s second full-length release is brimming with a new-found vitality and joy, a fresh energy that finds perfect expression in a kaleidoscopic reimagining of the sound he has honed for the last ten years. From the surreal, dreamlike splendour of first single “No Ordinary Life” – which was met with acclaim and high-rotation on alternative radio – to the soulful majesty of the title track, Rainbow Valley reveals an artist who seems both more aware of what he wants and why he wants it.

“I play and sing every part on the album, again,” he says. “Working like that meant we could really develop ideas quickly – when I want it to feel a certain way, I know five things I can do on six instruments that could potentially create that, and so we just go through them all.”
The results speak for themselves. Lush, multi-textured and sparked by hints of both old soul and futuristic psychedelia, Rainbow Valley is, in Corby’s words “joyous music”, but it also has the depth and perspective of an artist who understands you can’t just take the good times for granted, you have to earn them. “We definitely tried to be wary of that,” says Corby. “The more joyous you go with anything, the more you need to have all your bases covered, and then the content of what you’re actually talking about becomes very crucial.”