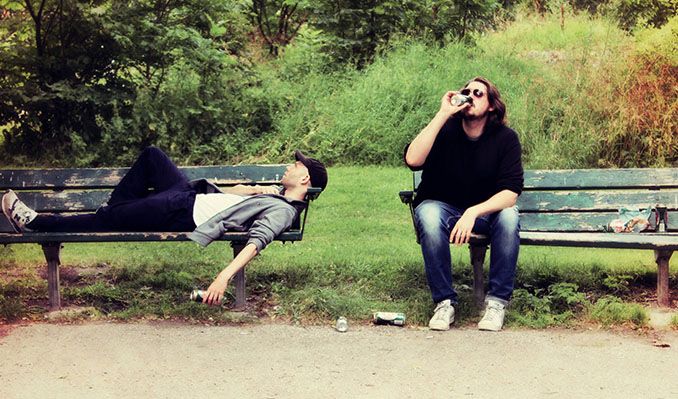 The Radio Dept. was formed in 2001 by Johan Duncanson and Martin Carlberg. The name was stolen from an art pop band Johan had had with a couple of high school friends during the later part of the 90s. (A little later bass player Lisa Carlberg and drummer Per Blomgren joined the band as they started rehearsing, in the way bands so often do.) In 2002, Swedish music magazine Sonic drew attention to the band as the song "Why Won't You Talk About It" was featured on their accompanying CD-sampler, which was also how Labrador discovered the band. After having released a 7" on their own label Slottet, the debut four track ep "Against The Tide", they were signed to Labrador. The Radio Dept.'s debut album "Lesser Matters", was released in the spring of 2003 and by then keyboard player Daniel Tjader had joined the band. The album became an underground success both in Sweden and internationally.

The buzz that slowly grew to give the band worldwide recognition came with a little help from XL Recordings who released the album in large parts of the world some time later. In between albums and touring, two EPs were released "Pulling Our Weight" in late 2003 and "This Past Week" in 2005. The second album, "Pet Grief", was released in the spring of 2006 and showed a slightly more dreamy, less noisy, side of the band. The album reached #11 in the Swedish charts and continued to give The Radio Dept. new listeners all over the world. Sofia Coppola's film "Marie Antoinette" (2006) featured three songs, "Keen on Boys", "Pulling Our Weight" and "I Don't Like It Like This", which also helped spreading the word.

In late 2006, the band started recording what was to become the album "Clinging to a Scheme". Well over a hundred songs were recorded. However, recordings were delayed due to touring in Asia, relocating of band members, extensions of family members and what not. Still, the politically satirical single "Freddie And The Trojan Horse" was released in May 2008 as a foretaste of the album. A year later, the single "David" followed. Finally, "Clinging To A Scheme" surfaced in spring 2010, on which the band has combined the most unequaled components from their previous output. Humbly and honestly, most reviewers were thrilled. The first single "Heaven's On Fire" is a passionate and yet passively aggressive attack on this unknown "you" in an almost cheerful song with a baggy hip-hop beat, obstinate guitars and a driving house-piano. The upcoming single "Never Follow Suit" has got Johan Duncanson's hushed voice glued to a heavy bass, backbeat piano and shimmering flutes. A low-key but intense soliloquy on issues of belonging and not belonging.

During the fall of 2010 and first half of 2011 they will be touring various parts of the world and start recording new songs. Who knows when any of them will be released, but as far as we know they are on to something. They are still clinging to a scheme.

Official WebsiteTwitterFacebook
*Service and handling fees are added to the price of each ticket.